Australia’s Women In Sales, The Tall Poppy and The Convict 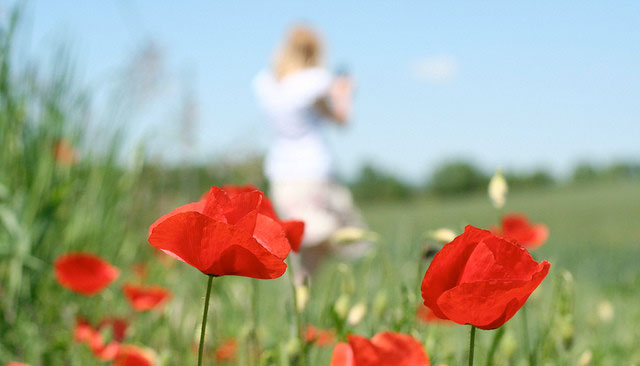 WOW! What a random collection of categories to demonstrate thought leadership.
I read a great article last week by Sam Shoolman, Director of Sales at Hubspot, titled,

Sam and I contributed to an online dialogue around what some of the barriers were for women here in Australia, and what we could do to create more opportunities in supporting women who wanted to enter the field of professional B2B selling or supporting those already on the front line.

In saying that, the last thing I want to do is to make this article focus on the gender gap when it comes to male leaders not supporting females, because, with all due respect to my female counterparts, that is an angle that is only partly telling the story and well documented elsewhere.

There are numerous other stories that could be told as to what prevents women moving into the cut and thrust of B2B selling, over and above the fact it is a male domain, that their husbands and partners are responsible for not wanting the status quo at home to be disrupted, or that women don’t have enough confidence to back themselves – all of which we know to be true in so many cases.

I have given some thought to and decided there are quite a few other scenarios that are equally relevant showstoppers for women, albeit left of field ones. A couple addressed in this article include, but are not limited to:

Boatloads of English and Irish immigrants landed on our soils some two hundred years ago. We are such a young country and up until then our heritage was basically non-existent, our native Australians being referred to as animals and savages, no sense of social pride to bond us nor successful and popular role models to lead us.

As a result our role models are home grown.

They are the underdogs culminating in today’s ever popular persona being the ‘little Aussie battler’. A term and concept, according to Wikipedia, that ‘is an example of self-aggrandizing language, designed to counter feelings of stigma or inadequacy, and to bolster confidence in being a member of the Australian underclass. It refers to an Australian who continues to struggle in the face of hardship. It is a term of respect and endearment, not simply used to assess someone’s financial situation; the ordinary working-man earning a living against the odds. The common variation little Aussie battler further adds to the notion that the battler is at the bottom of society, working under bigger things above’.

So this conjures up a couple of conversations.

We are a culture that is founded on convicts, and at a deeper national level have carried a feeling of shame and being ‘less than’ that was inherited from the mindsets of the first convicts and their offspring. We were founded on a culture of people who were already anti-establishment, who had absolutely no respect for authority of any type – from their homeland across the seas to the bureaucrats that lorded their new land.

Our heritage therefore, is based on a sense of ‘lack’, a lack of freedom, a blatant lack of respect for authority, and as a result it includes the practice of ridiculing people in high places and social positions.

Whilst the USA (a people we refer to as ‘loud mouth yanks’ whose extroverted, direct and outgoing nature we view as dominating), is founded on patriotism, being the ‘land of the free’ that carries a sense of ’abundance’, we see them lift their people and proudly share their successes. Australian’s don’t tend to be patriotic at all, because at a deep seated level, by doing so, we are bowing to everything authority and everything in high places, from which we have always rebelled.

Just think of those who have left our shores to ‘make it big’ or stuck their neck out to reach their dreams. Kylie Minogue – ‘the singing budgie’, Bindi Irwin – ‘the precocious robokid’ , and all political bias aside, Julia Guillard – ‘Ditch the Witch’.

How many women subconsciously ask themselves – ‘What would dare happen to me if I decide to climb?’, ‘What does it mean to me if I dare consider myself to equal those that society has placed on a pedestal?’, ‘What if I dare show up as someone who owns my value, respects my talents and aims for the stars?’

The undercurrent, is that for anyone in our social circles who decides to show up differently, who stands up for what they dream and believe in, or who speaks up and shares their voice, may not be seen as ‘one of us’.

Paradoxically, we may back the underdog, the little Aussie battler, the larrikin or the digger, but only so long as they don’t climb to a level that leaves us behind.

When someone crosses that invisible line from being the wallflower, sitting in the background waiting for someone else to pick them, to choose being a tall poppy with a bigger, broader and bolder vista, they realise that it is their conviction, their purpose and their faith that prevents them from buckling to those who wish to cut them down.

Because it is in our cultural foundation to want people to stay at our level and not rise above us, it expands when you throw into the mix the multicultural aspect of our country. With a diversity of cultures coupled with a diversity of individual and social values, anyone who decides to put their head above the parapet and step up into expert status, or wants to reach a level of authority, has even more to contend with.

For any woman wanting to pursue your dream, your purpose and your right, this is my very simple formula, that if you realise it from the start, will help you become a bolder, brilliant and taller poppy:

Yes, we see it on the playground, in parliament, and yes we see it in our peer groups; and with that, a plethora of responses and reactions to prepare for:

And then one day… by continuing to follow your passion, by consistently backing yourself, by being bloody minded, by giving a damn and by wanting to make a real difference, you reach a tipping point.

And hey, presto!! You WILL:

We now love Kylie – we love that she’s come home, almost where she should have stayed all along instead of reaching for the stars; we now love Bindi, but a competitive dancing show demonstrated to us how much the world loved her and so we now call her our own, and we are beginning to see Julia in a new light with people wanting to know more of what she can offer other than politics now that she has been toppled and walked away from the limelight.

One by one people will come full circle with you when you stay the distance.

But before I finish, let me share one more poignant and relevant story that happened just last week:

A sales manager of mine from twenty years ago, who I like and am connected with, made a comment off the back of one of my newsletters. His comment didn’t make sense so I asked him what he meant. He then replied with the following:

Tall Poppies with the right kind of conviction, rule!