You decide to study and undertake a Diploma. And that Diploma is in coaching – executive coaching, small business coaching, sales coaching and peak performance coaching – like the athletes do!

You are someone who walks your talk – so by becoming a coach, it makes sense that you, too, get a coach. After all, you can’t learn to swim by reading a book. 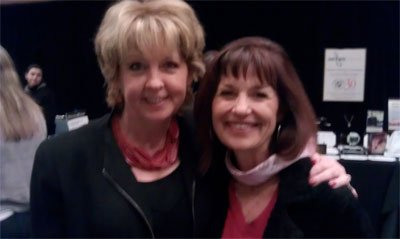 Fast forward 3 months. You’re now being coached by someone who brings out the best in you, leading that company to approach you directly. They strongly suggest you put your hand up for consideration to be one of their coaches. It is to be the APAC coach for the father of coaching, Anthony Robbins.

After a four-month long process you are one of only 20 globally who are then asked to travel to the USA and undergo training.

But it’s on your dime. Your spot on this elite team is still not guaranteed.

You prepare. You research. You get ready to face the unknown.

And eventually you find yourself with your new colleagues in a U-shaped room – 10 aside, management at one end and two chairs facing away from each other at the other end.

And it hits you – this is role-playing about to be taken to the nth degree and suddenly, you have a newfound respect for those role playing scenarios in sales training – and you half wish you could swap places.

As part of this process, you know you will get tapped on the shoulder and it will be your turn to sit in one of those chairs… you don’t know when. And like a child at school, grimacing an uh-oh, to a classmate directly opposite you, you get tapped and miss your cue.

As Seth Godin says ‘What to do when it’s your turn’ yet it was your turn and you had no fricken idea!! You walk to the front of the room, sit back to back with your ‘client’, only able to communicate through voice and ing and unfortunately you lose your thread.

Abuse was hurled, you were told you were the worst example of coaching ever seen, lipstick dripped, all colour from your face drained, and every one of your 19 colleagues unable to look you in the eye.

You stand at the front of the room, shoulders back, red pointy shoes grounded firmly on mother earth, head held high until they are finished ripping you to pieces and in a state of certainty, you simply nod and say ‘thank you’.

Thinking the worst is over, you now begin to notice everyone of your colleagues being called out for one-on-one meetings – except you. Your FOMO paranoia is going berserk… ‘why aren’t I getting called out?’ you think. You now know you are going home – a loser in your new chosen profession.

You find out you made it!

And yet four wonderfully talented coaches, for some reason, didn’t.

You are told you didn’t need to get called out for a special one-on-one because you had already demonstrated (to a full house) what they were searching for.

You demonstrated how to take feedback.

You were tested and tested again and didn’t buckle.

Your response was perfect. You simply said ‘thank you’.

In a state of certainty, you stuffed up, you acknowledged it,

you owned it and you learnt from it.

The group also learnt in real time what is critical to any of us, not by reading a book, but by experiencing it with you.

The lesson though, for you, is still not cemented until, months later.

When you least expect it, you receive a different kind of feedback…. it reads…

“You made a decision to do whatever it took and you also showed up so genuine and pure. You owned what you knew and what you didn’t know. You are a true role model! “Brenda Schinke, Master Coach, Platinum Coach and Head Trainer, Anthony Robbins Corporation.

You now get it!

So this was my story. It happened in Long Beach, Calif, in 2010 as I began a journey as APAC coach for Anthony Robbins, coaching his clients across 12 countries. Something I no longer do but am proud of having done for 3 years, giving me even more tools to help people shift the way they think about themselves to elevate their results, especially in the competitive B2B sales environment today.

And the greatest learning of all?

Feedback is always about something you can do better, not about you needing to be better.

Welcome feedback as it truly is a metric for success.