Excuse me, you have spinach in your teeth… 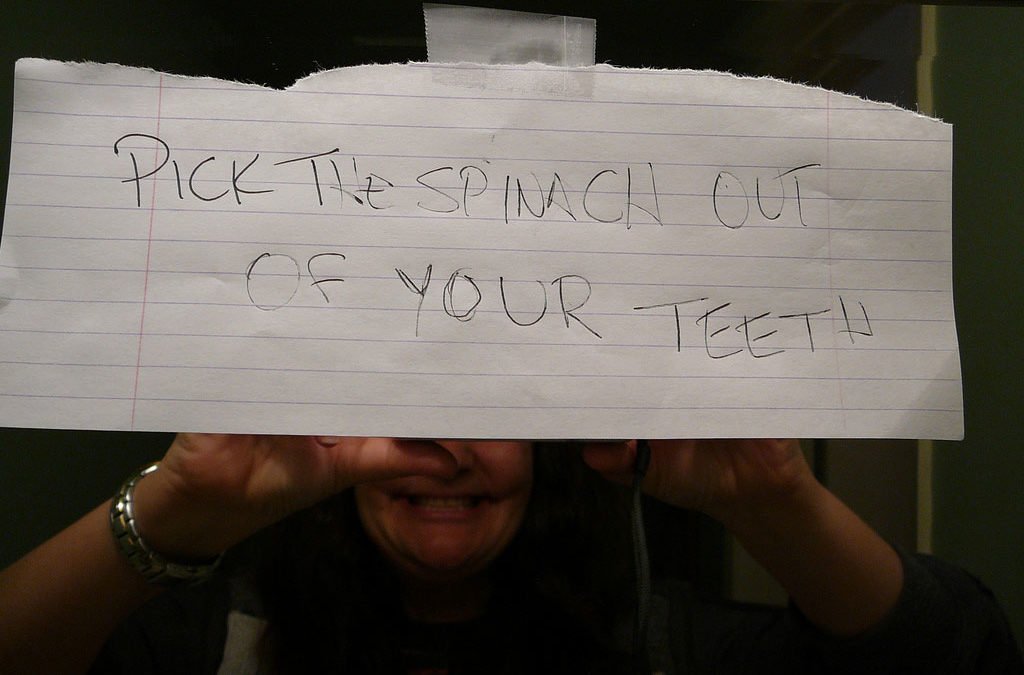 Ever wondered why some people can’t bring themselves to call it as it is – tell you that you have spinach in your teeth, loo paper on your shoe or god forbid that your fly is undone…?

I recently wrote a post that pushed the boundary of political correctness, although my intention was a positive one, and a friend of mine told me she cringed when she read it. However, nothing was said until someone else brought up the possible ramifications a week later.

Had she had given me a different perspective at the exact time she saw it, then I could have reassessed what I had written and probably would have seen how it could have been misinterpreted and promptly deleted it or edited it.

Why do people let you walk around smiling and looking like some toothless tiger rather than taking time out to say ‘Hey, thought this might help…’. It is because they are embarrassed and uncomfortable because they fear they might receive a negative reaction and that comes back to their own levels of certainty in themselves. Sometimes that may happen but most people don’t mind someone who can help them or foresee ramifications of possible errors – including your customers.

So can the two words ‘salesperson’ and ‘honest’ go together in one sentence. Categorically YES!
Addressing the elephant in the room is crucial to advancing a sale as it taps into the emotional conversation needed instead of just sticking to the logical conversation.

A key distinction here is letting them know they have spinach in their teeth – it is not about telling them what to eat or not eat.