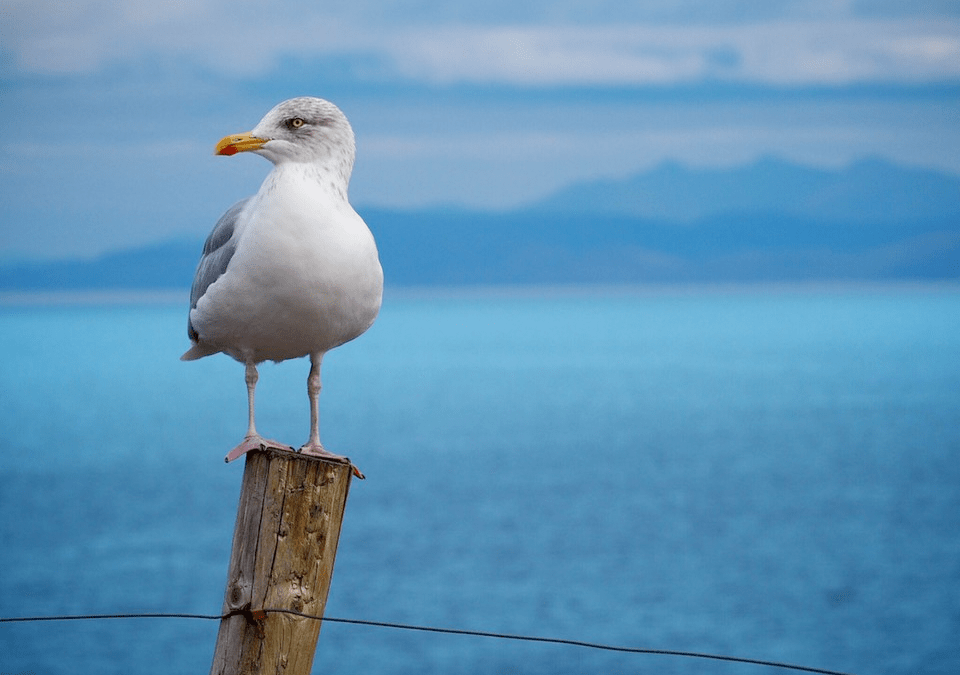 I had not long gone through a divorce that was quite harrowing and confusing.

I was a single mum to a one year old baby girl and had also not long been given a sales trainee role under sufferance, instantly recognising deep down inside, that a huge alignment piece to this jigsaw I had wanted to lay out in front of me, was missing.

And so it was during this time, browsing through a second hand book shop I came across a little book about a seagull.

And little did I know that for the next 30 years, this seagull, who went by the name of Jonathan Livingston, would become my true north, my role model and my hope, as I tentatively navigated many of my life’s challenges.

This plain and common seagull mirrored back to me so many things I felt in so many moments of uncertainty. He was:

This bird who chose to live life on his terms, who broke the rules of the flock, who knew there was more to his role than was expected of him, who learnt to rise above his own ordinary and realise that whilst individuality is sometimes frowned upon, there is nothing more powerful and inspiring to yourself and others, than striving to reach your god given potential.

This fable would inspire me to keep going in those tough moments, both personally and professionally, and rather than default to ‘mediocrity’ as so many around me were happy to do, I would try to lift the bar higher and higher at any opportunity in my own world. Not to be a winner in others eyes, but to ensure I wasn’t a loser in my own. 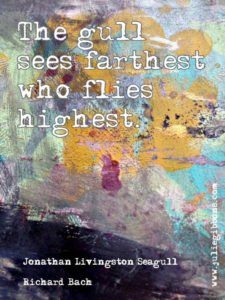 And so began my metaphorical journey of learning to fly, and just like Jonathan, that meant leaving the flock. Leaving those who would question your motives, push you down, keep you safe, mock your efforts, lead you down the path of self doubt and whisper similar words:

Why, Jon, why?” his mother asked. “Why is it so hard to be like the rest
of the flock, Jon? Why can’t you leave low flying to the pelicans, the
albatross?

And for those of us who aren’t low flyers, who don’t want to hang around with the pelicans and the albatross and want to fly higher and higher toward their own goals and ideals, here are twelve (12) interpretations, or learnings, I continue to take away from this fable and continue to add to, and in turn, teach:

1.That there is a price to pay for pushing yourself. It is realizing that not everyone will ‘get you’. That if you re-join the flock for any reason, you will be an outcast in one shape or another confirming that we never really can go backwards, we have to keep pushing forwards.

2. Not fitting in doesn’t mean you’re a loser. It means you’re destined for bigger things than the flock can provide you.

3. To realise that if you want to fly higher than you have ever flown before, you are already there. You already arrived the minute you thought the thought or declared the outcome. As the saying goes, ‘it is written’.

4. Those who hang it on you for the sake of staying the same, tend to go nowhere slowly!
Your role is to go where you want to go and fast!

5. The higher you fly the more you realise it is about giving, it is about being kind and loving those you’ve left behind.

6. There are always other gulls from where you have come from that are where you were in the past. They want more than stale chips and pieces of crust, just as you did. They want to do what you do but don’t know how to break their rules and the rules of the flock. Keep a look out for them and help them.

7. When you shift not just your thinking, but your thinking about yourself, your whole world opens up, opportunities present themselves and your purpose slowly unravels.

8. It is not that we are different that makes us fly higher, it is that we have begun to know who we are and leading from that place of self-awareness and bravery is liberating.

9. It doesn’t matter what you do, how you do it or even why you do it, you will be viewed as either a devil or a god – and that is the price of being misunderstood so hold your own. It’s simply proof that you can’t win a game based on another’s rules, you can only win the game based on your own rules.

10. You don’t have to like or accept what people have done to you in the past, but flying higher means seeing others from a different perspective. Seeing them as people who are not quite as sure of things as you may be, maybe frightened, ignorant or stuck. Perhaps if the timing is right they may be open to what you can offer them – the ability for them to see who they really are and appreciate what they, too, can do. It’s about believing in the good and the potential of others.

11. If we base our beliefs on what our eyes show us, then we will see nothing but limitations. But if we look through the lens of understanding and trust, then we will fly higher than we can imagine.

12. The most worthy role in the world is to be a teacher. It is to have the desire and passion to help others see their own truth so they can fly higher, too.

Regardless of your leadership position in life or in business, I am sure each of these distinctions will apply in one form or another.

More than 25 years after finding this time honoured book written by Richard Bach, those few pages helped me begin to chart my leadership journey and dare I say it, gain clarity around my purpose – teaching in all its various forms and I feel so privileged to do so.

What about you? What do you do and for what purpose do you do it?

Is it just to eat or is it to fly?

So, here’s to the Jonathan Livingston in each of us and when it comes to living a life of fight, flight or freeze – let’s all choose flight!

The higher the better!