How To Walk The High-Wire Of Modern Day Selling, Experience Real Success and Create History 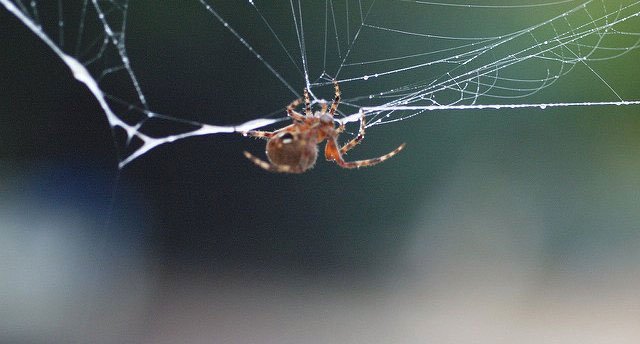 When does success not mean success?

Ask any group of people or any individual to put their hand up if they want to be successful and you will hear it accompanied with a resounding ‘Hell, Yeah’.

Ask that same group of people if they want to do what’s needed to make them successful ‘in selling’ though, and it can sometimes generate crickets!

The sales environment grapples with salespeople who say one thing but do another – many say they want success but don’t actually WANT to be successful IN SELLING.

It’s too hard. And I know because I have helped move those ones on, and for those who have moved on up, they have had to work hard on themselves.

Selling is not just about getting the numbers although unfortunately, many environments concentrate ONLY on that as a metric. Even though that is the major raison d’etre, there is so much more to selling than just getting those numbers.

It requires so much more from YOU, personally.

Skills are needed today that weren’t needed in the past nearly so much. And these skills aren’t about how to close for the business, as they once were.

In the 2015 movie ‘The Walk’, we learn how Philippe Petit, the high-wire walker who created history when he walked between the Twin Towers, not once but eight times, broke all the rules to create history. What began as a dream became the biggest sale of his life. His idea first had to be sold to one major investor – his girlfriend, he had to prospect for accomplices to help him by investing their time, resources and belief in him and his idea, he had to negotiate logistics and timings and financials, he had to research and prepare, he had to take full responsibility for checking his equipment and not leave it to someone else, and most importantly, had to be a man of his word and literally walk his talk. He closed his Twin Tower project on August 6th, 1974 and the rest, they say, is history.

But not without learning a few valuable lessons that can easily correlate to the successful salesperson – the one who is willing to do what he has to do to truly experience success. Here are five of them and five questions for you to answer:

Philippe Petit showed us that shifting the way you think about what you are doing is fundamental and that doesn’t mean positive thinking. Far from it. Instead, it’s about mindfulness. The ability to realise when you can put, ‘One foot on the building. One foot on the wire. The outside world disappears’ helps us block out the distractions and busyness of today. Having the skill to use background noise, or white noise, to our advantage and drift into necessary moments of stillness or focus or ‘just being’ will help our mental readiness for meetings, negotiations and preparation, too. Our brain needs downtime in order to create ramp up time.

The story taught us that success cannot happen when we colour within the lines. In my book ‘The Art of Commercial Conversations’, the first chapter is on ‘Conviction – The Art of Rebellion’, and co-incidentally Phillipe’s thoughts are similar, ‘You have to exercise rebellion, to refuse to tape yourself to the rules, to refuse your own success, to refuse to repeat yourself, to see every day, every year, every idea as a true challenge. Then you will live your life on the tightrope’.

In sales, we have to continue to buck our own system and step out on the edge in so many different ways – contacting new people, holding margin, asking deeper questions, making the hard calls. We need to live and operate on the edge, on the tightrope, with full respect for those around us.

Find a mentor who won’t put up with your BS. Someone who pushes you and has both a respect and love for you that must go hand in hand for you to WANT to do even more. If you don’t have that, it won’t work. You need someone who believes in YOU and not just in what you are doing. Someone you are willing to pay based on results received not dollars spent. Philippe said to Papa Rudy when he knew he needed his mentorship and expertise, ‘I’ll pay you ANYTHING to teach me – it’s not about the money’. But nothing is every really about the money, is it? Not easy to find, but when you do find one, you’ve struck gold.

Salespeople are artists, too. We are entrepreneurial artists, daily performing our art, anytime and anywhere we are delivering presentations, facilitating conversations or negotiations, chairing meetings or holding court in a conference room. As Papa Rudy very clearly said to Philippe in a lesson on hat tipping gratitude for his audience, ‘You cannot lie on stage. The audience will always know what is in your heart.’ As salespeople, we must be transparent, respectful and genuinely grateful for any interaction, any meeting, any new contact and any business we have and graciously demonstrate that gratitude. As I often say, the heart sell will trump the hard sell, every single time.

The last three steps any of us take are key. This is Reality for a high-wire walker and a great metaphorical lesson for us all. I boil it down to arrogance versus humility or complacency versus consciousness. Papa Rudy’s words to Phillipe after he fell whilst practicing – ‘Most wire walkers, they die when they arrive. They think they have arrived… But they are still on the wire. If you have three steps to do, and if you do those steps arrogantly… if you think you are invincible… You are going to die!’

How often has anyone slackened off when they were ‘arriving’ at a deal, or made assumptions with a ‘she’ll be right’ attitude or simply felt they ‘had it in the bag’ or that they knew better. Not unlike the statistics that also tell us 52 percent of reported crashes occur five miles or less from home and a whopping 77 percent occur fifteen miles or less from home. It’s not over until you have taken those last three steps and Philippe beautifully demonstrated this as he paused, balanced one last time and said to the police who were waiting for him with arms outstretched to grab him, ‘My work is not finished. I still have three more steps to do.’

My five questions to you are:

Mental Readiness – To be mentally ready for what is immediately in front of you, when do you take five minutes to breathe, to be silent and to just ‘be’?

Break the Rules – What are the rules you have around what must have to happen to be successful and are some of those rules so restrictive or so loose they are stopping you from doing what must be done? Can you push yourself and become a little rebellious and break your own patterns of thinking and behaving to shift your results?

Invest in Yourself – Whose ideas do you bounce off and who holds you accountable, outside of a stock standard review with your manager, that you can trust and be open with? When did you last pay from your own pocket to develop yourself and 10x that investment? Never? That’s what most salespeople say whilst also saying they want to be successful. Clearly not successful, ‘in selling’.

Be Gracious – When was the last time you went to your buyer – win/lose or draw and thanked them, asked for real feedback and saw them as real people and not just buyers, or bosses or cogs in a wheel.

Take Three Steps – What will your last three steps equate to? Will it be follow up, paperwork, administration? Will it be asking different questions, bringing in other people or being more thorough in articulating expectations and next steps? It could be a plethora of things – create your own three steps and don’t finish the job until they are taken.

Let’s all walk a high-wire today, step off the edge and do something brave that will make as much of an impact on others as this story and movie has for us.