Someone once asked me if I was a feminist and I said ‘no’.

The look on their face was a combination of surprise and disbelief.

After all, it was at a women’s networking group.

So, I tried to explain my rationale, which was rather awkward and clearly didn’t cut the mustard, however, I believe my points are valid, albeit a little provocative to some.

Do I agree that women should get paid the same as men if they are doing the same job?Absolutely! Would I fight for that myself? Absolutely!

Then again there are men out there not getting paid the same as other men for doing the same job.

Do I agree that women should be protected from those men who are violent toward them in the home? Absolutely! Would I fight for my own safety? Absolutely!

Knowing there are more women than men who are being abused emotionally, mentally, sexually and physically, we can’t forget that there are still men being abused by women, also.

If we espouse for more women in male dominated roles, then there should also be more males allowed to go into traditional female roles, without fear of ridicule, resistance or retribution, and/or the need for OTT political correctness.

It may be a little pollyanna to some but it’s about being human and real and respectful.

The definition of feminism is “the theory of the political, economic and social equality of the sexes.”

Nothing is wrong with that. I think it is important. Very important!

It’s just that I choose not to tag myself as a feminist.

The real reason I prefer not to label myself a feminist is not because I want to sit on the fence. It’s because I don’t want to get caught up in the noise that sometimes, inadvertently, envelops the word.

Some may say because I work in a male dominated world (business owners, sales leaders, salespeople) I am not wanting to jeopardise my opportunities. And a part of that comes into play.

Another part that comes into play is that if women hang onto the ‘boys club’ beliefs too much, we actually devalue ourselves and get caught up in what can’t be done. This can also have a tendency to become part of that noise and set us back in time.

Another part of me believes that if I am to build some kind of bridge between the differences then I need to be able to adapt to those differences, or at least understand them, in order to match them as closely as I can. It’s ‘rapport building 101’ to a degree, or understanding someone else’s ‘map of the world’ – you know… the fact that there is no right or wrong, or as Anne Frank says, ‘everyone is good at heart‘.

But most of all, I believe it’s smart if we approach gender inclusion like a sales scenario.

Translated into the business world, that means women are typically slotted into, and self select HR, Admin and Customer Service roles. Less ‘driven’ roles if you like, while men will stereotypically be in leadership, technical and hunter roles (aka sales).

However, we are not in the caveman days today. The world has moved on. Opportunities open up and society has shifted. For both sexes! But in my opinion, women need to realise that because it has been the male domain, we will create even more resistance, in many cases, by going in and trying to change that domain with a megaphone, soapbox or by burning our bra.

We need to treat the environment as we would a potential prospect. I mean, the incumbent (men!) have been there for years! So, in a commercial sense, how would you try to displace your competitor? You wouldn’t bag them, you wouldn’t whinge, you wouldn’t try to sue them.

Instead you would go to the table with a really strong positioning statement. You would have a unique value proposition and you would ensure you could demonstrate a solid ROI. 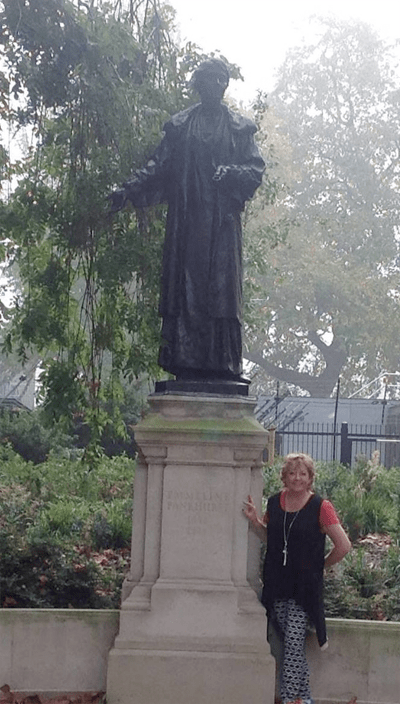 And to qualify out is also key. If an environment doesn’t meet your expectations after you making adjustments, or attempting to understand the situation or it doesn’t align to your values, walk away. Walking away doesn’t mean you are quitting and it doesn’t mean losing. It means you are choosing to stand in your power and simply walk away.

Rosa Parks stood in her power and walked away from the expectations put on racial discrimination.

Emily Pankhurst stood in her power and walked away from the expectations put on women’s voting rights.

Malala Yousafzai stood in her power and walked away from expectations put on womens’ right to education.

The alternative is to continually share your thoughts around exclusion, or inequality, or bullying or people wanting to discount your value.

In doing so, this, rightly or wrongly, can be viewed as complaining, especially to legacy thinking leaders who don’t, or won’t, get it or get you. The risk is that no one will , and unfortunately in some instances, this lack of action leads women down the path of naming and shaming. This is not helping anyone.

The term feminist to many can be quite a scary term, making women think they need to be more powerful instead of empowered, more aggressive instead of assertive, more hungry for money instead of more hungry for value, distrusting of most men instead of trusting more in men and in doing so, we lose our very power – our femininity. 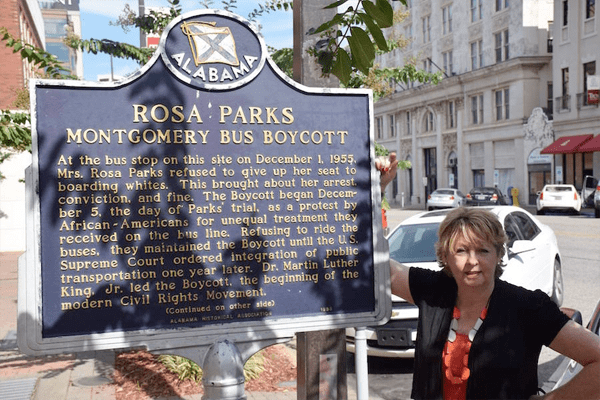 I read yesterday that we won’t achieve gender parity for another 200 years. How about we forget about the timeline and focus not on what isn’t happening as quickly as it should or could, and continue to focus on the small changes in our own environments, within our own communities, in our own business, within ourselves and just get on with things.

Let’s #PressForProgress on the things we can impact today that will impact tomorrow, no matter how challenging.

In saying this, I totally support women’s futures, and locally champion ‘trailblazing women who want to do B2B sales differently’. Women who want to step up with courage (yes, women need to do more of that), show up with conviction (yes, we need to do more of that, too) and speak up with more clarity (yes, we have a voice and we need to use it more, in the right way, with the right message and the right tone).

So, a personal declaration for me today, International Women’s Day 2018, is quite simply to say:

I am not a feminist. I am a strong, feminine woman with self-doubts, opinions and aspirations just like everybody else. I am a human being.