A little bit of AC/DC never went astray especially in the world of rock and roll selling.

Truth is, this epic Australian song ‘It’s A Long Way To The Top (If You Wanna Rock ‘n’ Roll)’ has had many different linguistic versions. Mine, shown above, and this most infamous, and remembered one, showcasing our true Australian culture,

Musical references aside, let’s fast forward into your world.

As someone who sells (whether you are a business owner, leader or salesperson), how do you get to not only reach the top of your charts, but also stay there as a trusted and valued resource for those you serve?

That’s the question that causes so many people the most angst and yet the answer is almost always right in front of them.

When we talk about success or ‘getting to the top’ what does that mean?

Because for you it will be one thing and for someone else another. And because people tend to compare themselves to others they lose sight of this very important fact and use their preconceived perception of someone else’s success as their metric. 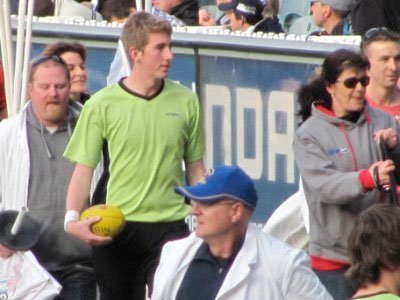 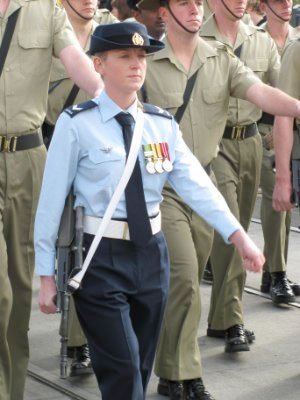 I also remember my daughter saying when she grew up she wanted to be a manager, work in the city and wear a suit to work. She did. She became a Sargeant in the Royal Australian Air Force and led the troops through the Melbourne CBD on Anzac Day in a suit not many get the privilege to wear.

Not the typical corporate high-flier by any stretch, yet still huge achievements.

So what does ‘reaching the top’ mean to you?

And what are you doing to get there?

When people set their lofty ‘reach the top’ outcomes, I ask ‘what can you see that might prevent this happening?’, and many say things like:

And we’ve all been there. I know I have on more than one occasion and I’ve shared a story below. For those that want a logical explanation, it’s commonly called ‘The Imposter Syndrome’.

Four years ago, after a fairly life defining moment, I declared that I wanted to be Australia’s Leading Female Sales Expert (but only to myself).

“Now what on earth does that mean?
Compared to who?
Who would that mean I would be perceived as saying I was better than?
Who did I think I was?
What would people say if I said that out loud.
Seriously, how egotistical – and the classic, you can’t do that because you’re not the best salesperson”

Nina Proudman, eat your heart out!

So I typed it and put down the reasons why that lofty, nonsensical, out there goal was important to me.

And it was important for so many reasons:

It allowed me to tap into my strengths around B2B selling as well as what I love -psychology, it connected me with people who were like me, it made me money, it helped other people, it pushed me to learn and grow, it allowed me to dream around what I could do and who I could meet and it taught me that what you truly want you can achieve. (Alas, I have buckled and used such a predictable cliche!) More than anything, it gave me purpose at a time I had so much uncertainty.

Out of all of this, though, it helped me crystalise my message around the concept of ‘conscious selling’ – something I truly believe the B2B sales world needs in order to create cut through as well as help shift the perception people have of our profession.

Was I saying I was better than anyone? No. Was I backing myself to be a leader in my field? Yes.

So it took five years after writing those words , that I reached a milestone on my journey, acknowledged a measurement of the work that I have put my heart and soul into and achieved a metric of my success.

I am proud to say that I did stand on the stage in the UK , representing my country as the only female sales expert at Europe’s largest sales innovation expo and presented my message on Conscious Selling. My belief is that it has tremendous commercial, social and economic value. I also shared the stage with sales experts I have respected for years and proudly acknowledge the moniker of,  ‘APAC’s Leading Female Sales Expert’.

This is not about ego.”

It is about holding firm something that means something to you. It is about going out there and putting your head above the parapet and doing things you feel might not work or might embarrass you or have people think ‘who does she think she is’.   It is about helping others. It is about growth and respect and intention. And it’s also about imagination and declaring your dreams.

So, that being said – back to you. Here are a couple of quick ideas that I want to share that might help YOU ‘reach the top’ in a shorter period of time than you might otherwise take:

It IS a long way to the top for anyone who is serious. If you are, then be prepared to play the long game. Whatever you do, whether it is pioneering rock and roll or evangelising selling with soul, these great Australian lyrics from a band who made it to their top,  might just help,

…Lady do the hard sell Know the reason why…

Over to you now….