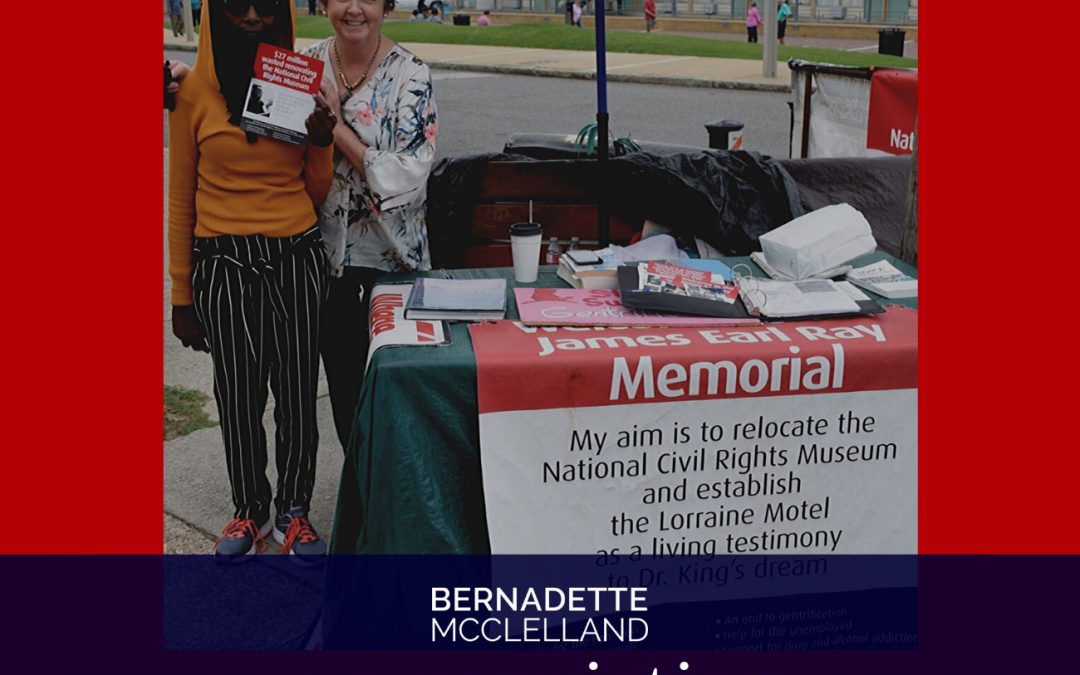 And this is Jacqueline Smith.

Last remaining resident of Room 303 at the Lorraine Hotel in Memphis, TN.

The same hotel where Martin Luther King, the leader for civil and economic rights, was fatally shot in 1968, whilst staying in Room 306.

Refusing to leave in 1988 when the decision was made to convert the motel to a museum, she was physically and publicly evicted.

As a result, she has been protesting in this same spot for 31 years.

For something she passionately believes in.

She believes that the message of MLK has become diluted – especially by converting the Lorraine Motel into a museum.

Her purpose is to end gentrification in Memphis.

Relocate the museum and turn the motel into a shelter for the homeless and needy – that’s what MLK would have wanted.

Her conviction in keeping his dream alive is her life’s purpose.

Educating people in his works and reminding them of his bigger dream.

I walked away that day in awe.

Wondering what I believed in enough to protest with such conviction.

Wondering what I dreamed about that could shape the future of the world.

Bernadette McClelland is a Keynote Speaker whose message for businesses, sales teams and associations is based on mastering 'absolute certainty in an environment of absolute uncertainty'.

Her signature keynote 'ABSOLUTE CERTAINTY - FINDING YOUR BRAVE' is ideal for those environments looking for fearless leadership, shorter sales cycles and higher performance.

She is an award winning speaker, coach and author having proudly coached Harvard MBA students on their sales enablement curriculum, been the Master Asia Pacific coach for Anthony Robbins across twelve countries, authored five books on leadership and sales transformation, won a coveted Telstra award for Business Excellence, recognised as one of the Top 35 Most Influential Women In Sales globally and continually shares her ideas around behaviour, the brain and business growth on stages in the UK, Europe, Thailand, India, NZ, Australia and North America.