Menu
If you’re wondering… then, yes, this is me getting my game face on and yes, I am wearing an authentic Super Bowl ring. My friend Jen Mueller is the sideline radio reporter for the Super Bowl Champion Seattle Seahawks, part of the Seattle Mariners television broadcast team and also the proud recipient of this classic piece of jewelery. She was officially recognised as an integral part of the team, clearly not for playing, but for a stack of little things like fronting up at all practice matches and spring trainings regardless of the weather just as the players did, taking time out to get to know all the players personally and doing what she had to do to show up consistently.

Why have I introduced both Jen and sports into this conversation?

Because there are so many correlations to our business environment.

And for a few different reasons!

This week in Melbourne (OK so this post is a few months old), I had a very sporting weekend! Unusual for me, but it does allow me to ‘talk sporty’ in this article. 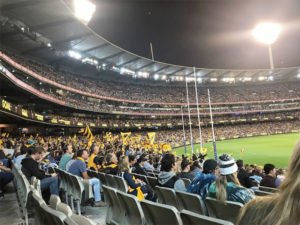 On Saturday night, my family and I went to the first game of the season for the AFL (Australian Football League) – a game between Collingwood (Go the Pies!) and Hawthorn.

Whilst my son struggled to talk to me when my team kicked a goal, I made sure I congratulated him when his team did – all in good fun for us though, but for many that sportsmanship fun is missing. 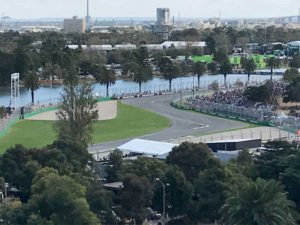 On Sunday, we were fortunate to watch the Australian Grand Prix in comfort and in pole position as Melbourne showcased herself beautifully putting on this spectacular event. Needless to say my pick from the sweep saw Daniel Ricardo come in fourth – oh well, a loss of $5 was all in fun, there were winners and losers and a great day was had by all.

What was unfortunate though, was that between both events, the Australian Cricket Team, in South Africa and mid way through the fourth test have just been found cheating! Through ball tampering. The team’s captain Steve Smith, whilst a great player, has clearly shown his colours when it comes to leadership. Getting Bancroft, a new player who would do anything for the team, to do his dirty work, knowing there would probably be little pushback, is not cool! He has demonstrated gamesmanship, sure! Let’s win boys! But clearly left ethics and strategy on the sidelines.

Previous captains like Alan Border took a different approach to winning. Let’s take our massive losses, hold our heads high and vow not to go down that track again. Let’s look at different training methods, personnel, coaches and approaches. And they did – they turned it around. Of AB, Mike Coward wrote,

[… He] committed the greater part of a long and distinguished career to re-establishing the credibility and image of  Australian cricket. A self-effacing man of simple tastes and pleasures, Border served at the most tempestuous time in  cricket history, and came to represent the indomitable spirit of the Australian game.

You see, there is a big difference between gamesmanship and sportsmanship – in business and in sports.

Gamesmanship can mean ‘winning at all costs’. It’s about breaking the rules to win, or get that competitive advantage, and not worry about the consequences to the game or the players welfare – worry about it only if we get caught, when arrogance says ‘we probably won’t get caught’. It’s rife in all forms of sports, and in all forms of business. If it’s not ball tampering, then it’s drugs or gambling or bribes or just plain playing dirty.

Being outcome based is one thing but how you get there is a completely different ball game.

And we see it when leaders focus purely on the numbers, the KPIs, the scores on the board, rather than focussing on the activities that will get them there, monitoring how those activities are played out and keeping their players accountable to those activities.

What’s needed in business as well as sports, is sportsmanship, and it needs to come from the top.

Sportsmanship is healthy. It’s helping someone step into a better version of themselves – it’s about ethics and respect and integrity and hard work where everyone grows and wins. It’s winning at ‘a‘ cost, not at ‘any‘ cost and it’s accepting defeat in a professional and ‘what can we take from this’ way.

Sportsmanship in sales and sales leadership relies on five baseline competencies and these competencies sound like such motherhood statements, but they are hard to negate:

*Desire – who doesn’t have desire for what they are doing? If you don’t have a passion, a desire, a will to do what you are doing, then get out! Give your spot up to someone who will show up to every spring training and every practice match. If you don’t have some kind of deep desire and purpose behind what you are doing, then you won’t put in. You will be the one looking for the shortcuts – and there aren’t many that are ethical, bar hard work.

*Outlook – who ever considers someone’s outlook? Let’s face it, if you front up to a practice match, kick stones around, look into the sky and generally not give a proverbial, then you won’t be there long. A downtrodden, shitty outlook is toxic to the rest of the team and needs to go! The same for leadership that expects their team to do their dirty work for them.

Respect – Success breeds success and respect breeds respect! We need to respect what we do, who we do it for and ourselves. If we are in a team, we have fans that pay money to come and watch us play and the win is a by-product. If we are in business, we have colleagues and clients who give us their time, their loyalty and their money to support us and the business is a by-product. As for ourselves, well, if we don’t respect ourselves then we are open to anything ….

So, put your best foot forward and clean your game face and do what is right for all parties, so that business and sports become a true win/win scenario.

A couple of points to note:

* Being able to evaluate yourself or your sales team on these four competencies (plus others) is a game-changer, literally and figuratively! The fifth competency is my addition so please message me if you would like more details as 3 Red Folders is a distributor for the OMG Evaluation and Assessments for B2B sales environments that can help you sort the wheat from the chaff or the men from the boys, so to speak.

Secondly, should anyone want to read Jen Mueller’s work then please head over to www.talksportytomeblog.com

EVENT ORGANISERS (Video below) – My programs help your clients, whether they be corporate sales teams or Association members, to be more effective at connecting, conversing and converting more profitable and purposeful opportunities.