Salespeople Are Heroes and Heroines the World Needs 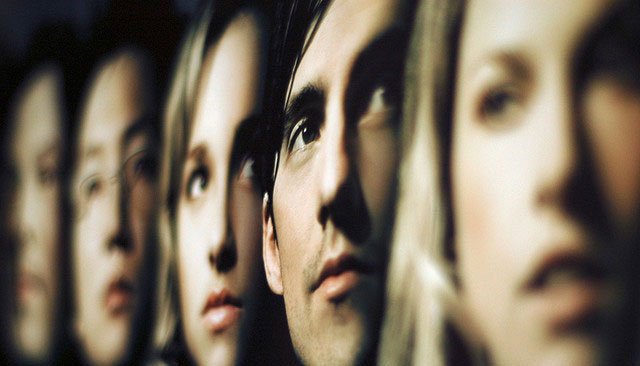 It was in June 1990, my daughter Danielle was only four years old, and I had decided to take time out from the day to day life in the fast lane of selling and get as far from the madding crowd as I could. Things just weren’t going well, deals were falling over left, right and centre and it was time to reflect on my career in sales, something most salespeople do over time.

Over a two week period, driving day and night for over 11,000 kilometres, we were like our own unique version of Thelma and Louise, leaving Melbourne, Victoria and heading north. Not really having a plan, simply to see how far we could go, throwing caution to the wind. Sleeping in the car some nights, we would start the day off, Danielle sitting in her booster street in the front of the car next to me, heading off to the pumped up tones of Don Henley and ‘Boys of Summer’. That holiday was one of those holidays that you remember for a lifetime. Epic trip!

Where we eventually ended up, was the first landing place of Captain James Cook who founded Australia in 1770. With a sleepy population of 1,336 and aptly named Cooktown, it was as far north as a single mum and her child would want to go by themselves and it was in a brief moment looking out across the ocean off Cooktown, that I wondered about this fellow, James Cook and the belief he must have had in himself and his crew to have left the safe confines of his homeland as well, and seek to serve the world by finding new shores.

To some who found themselves on board he would have had to ferociously sell his vision. To others though, they would have bought into his vision without a moment’s hesitation. So how is the business world any different today?

Sharing a purposeful vision and telling a story will trump the logic behind making a decision every time, especially when your belief and conviction is so strong and based on making a difference in the world of the people you are with.

Like most successful people, I wondered whether there was a mentor or role model James Cook looked up to and learned from and whether it could have been another nautical pioneer who had shared his passion and fulfilled his dream many years earlier – Christopher Columbus.

Because in my mind, Columbus was not simply a salesperson who founded America, he was a true salesperson of his time who had a fantastic solution that would literally serve as a vehicle to open the world up even more.

In 1485, he put forward a proposal to King John II of Portugal to give him three ships and one year to sail across the Atlantic Ocean, in order to discover a western route to the Orient and return.

In addition to that, and like many salespeople today who have healthy egos, he asked that he be given the title of ‘Great Admiral of the Ocean’ and be appointed governor of all lands that he was responsible for discovering, PLUS be given 10% revenue generated from those lands. The king submitted it to his counsel and it was rejected.

In 1488 he appealed and his proposal was once again unsuccessful due to the fact that Bartolemeu Dias had recently found an eastern sea route to Asia and the King was no longer interested in Columbus’ proposal.

Columbus approached Venice and Genoa and still no luck. The same response came from Henry VII of England. He then made an appointment with both Isabella I of Castile and Ferdinand II of Arago who, through their marriage, owned many united kingdoms in the Iberian Peninsula, where he presented his plans. They said the idea would not work and so rejected the proposed venture.

But these two Catholic monarchs did not want him to take his idea to anyone else. They decided to keep their options open and gave Columbus an annual allowance, as well as a letter for him entitling all cities and towns under their jurisdiction to provide him food and accommodation at no cost.

It took another two years of lobbying and negotiating with the Spanish court and in 1492 he succeeded with his proposition. Private investors financed fifty percent of his venture which he worked hard to secure. In addition to being paid his funds, he was also given the title he wanted as ‘Admiral of the Seas’, as well as receiving a percentage of the profits. The reason the monarchs agreed to his outrageous demands? Their belief was he would never return.

But history has shown us that he left port with his three ships the Nina, the Pinto and the Santa Maria and sailed west from Spain, across the Atlantic to discover the Orient, missing India by 10,000 miles to find America instead and re-write history.

This was a literal sails campaign as well as a sales campaign that saw him sell his idea and dream to many potential buyers. Like any salesperson, he only needed one true prospect. So, was he an explorer or a salesperson?

He was an Italian in a foreign land and his only prospect was Spanish. If he had missed that opportunity to close his deal, he would have no doubt created a totally different outcome and never won the biggest deal of his life or contributed so much.

Like Captain James Cook, he had to sell his crew on the idea that ‘land is just around the corner ‘. I am sure the words ‘Trust Me!’ were uttered more than once. And then one day it happened, the bell rang and the words ‘Land Ahoy’ were yelled out. The biggest deal of the century was signed, sealed and delivered.

What attributes did both these men in history demonstrate to us in conditions that were so basic, desperate and raw? In conditions that relied on pure faith in something bigger than themselves whilst also feeding their basic human needs for significance, certainty, uncertainty, connection, growth and contribution. In conditions which allowed others to buy into their dreams?

Entrepreneurialism – Columbus stuck to his belief that he could reach India by traveling west and negotiated for years until one of the biggest power-brokers of the day also believed in him. He followed his passion taking every risk possible.

Inspirational – Not only did the lowly crew follow his dream for changing the world, so did the powerful people. He was clearly relentless in his vision and purpose.

Networking – He understood who knew who and who was who and made sure he was introduced and connected to the right people. By having an attitude of curiosity and a strong psychology he learnt what he needed to learn and then followed through.

Life Long Learning – Even though he was not an educated person, his learning continued well into his adult years. With a passion for the sea and new lands, he also understood he would need to learn new languages in order to communicate and get what he needed to succeed and climb higher.

Resilience – Imagine having to deal with the crew members that did not have the same conviction as him. Imagine being off course by 10,000 miles. His level of resilience would have to have been strong to focus on his plans and ensure the journey was not interrupted by rebellious havoc or worse still, loss of life.

Influence – Throughout his whole sales campaign he had to understand the politics of the day, the different stakeholders he spoke with, the language barriers he encountered, ensuring his homework had been done, all linguistic nuances taken care of and body language matched so he could communicate with society’s lowest of the low to the upper echelon.

Risk Averse – Trusting in the universe was a strength. As a result the winds took him to America and he discovered the New World. Others could then see the benefit in exploration and broader thinking, in leaving the safe shores. They could see how stepping into uncertainty brings results.

Tenacity – He just never gave up! Many people would have stopped short of a no from their homeland but he took his mission to the world. He simply never took no for an answer because the first sale was made to himself.

I am sure that Columbus and Cook would have had maps, grids and measurements based on the night sky. There would have been proposals given to investors that demonstrated return on investment and benefits to the world should they both succeed in their quests. There would have been contingency plans in case of things not going right, but what drove their missions and sales process wasn’t methods, spreadsheets, models or statistics.

What drove it was their conviction and belief that this is what the world needed. They believed in themselves, their outcome and their vehicles helped ensure it happened.

So as I began my journey home, I realised that in order to rock my world or create new worlds for other people, it was critical my beliefs, my mindset and my intention to be of service to others, was the most powerful asset I had, and that lack of the same can be the most debilitating and sabotage ridden. As a direct result, I left the safe shores of my cushy sales executive job to help others in the field of sales step up and own their leadership skills, because my belief is that sales people really are the unsung heroes and heroines in our world of business.