The Ultimate Sales Guy – How Do You Compare? 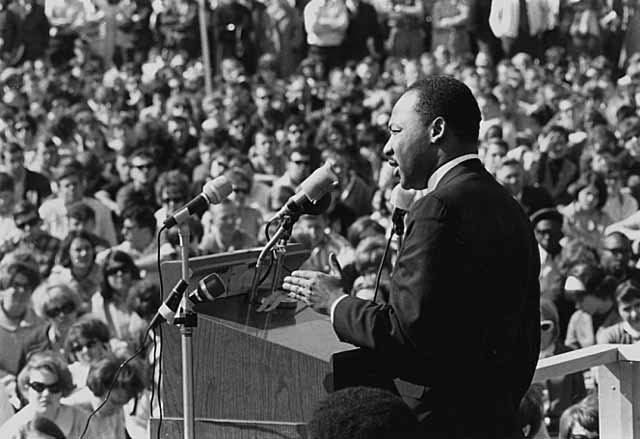 Modern day master salespeople, like masters in any discipline, think differently than the masses.

They are in tune with the idea of serving others, from the word go, instead of serving themselves first.

They don’t operate within the horse trading mentality of ‘give me what I need and I will give you what you need’.

I think that Martin Luther King was probably the epitome of a contemporary modern day sales person. He had an idea that would transform the world and he transferred that idea to others – in the shape of a dream.

August 28th 1963, saw him address the masses with a speech that would change the way of humanity and make a huge dent in removing racial discrimination with the African Americans.

His ‘I have a dream’ speech sold the world on how this group of people deserved the same rights as the remainder of America, regardless of the colour of their skin.

This shift was highlighted a few years earlier when a young lady named Rosa Parks stood up for her rights, ignoring the demands of a white man on a downtown bus in Montgomery who wanted her to leave the bus because of the colour of her skin. It was from that incident that Martin Luther King began to raise the conscious awareness of apartheid and began his campaign to sell change.

What was it that possessed 200,000 people to attend Lincoln Memorial that day to hear him speak and sell his idea? In an age where there was no technology what made the word spread like wildfire? People followed Dr. King because they needed to believe in something they knew they wanted and needed. The power was in his mission. He had a cause.

He was so clear in his message and so connected with the people at a real, genuine and authentic level. He never wavered from his message and lived by what he stood for. Ultimately, as history shows us, he was not only dedicated to serving others but was prepared to serve at the highest level through personal sacrifice.

I am not suggesting you pay the ultimate price in your sales role, but I am asking whether or not you have your own version of raving fans or followers in your database. If so, what level of conviction do you have with them and them with you?

* Do your homework. Go into your database, visit your customers and find out what the cost to them would have been if they hadn’t taken action with you and purchased your solution.
* Check in with them to find out the MASSIVE value they have received from you since.
* How have you changed their worlds, moved their business forward, helped them earn more money, build relationships?

Never underestimate the strength you have in serving others.

Selling is at its core, a transference of emotions. If you are someone who resists the emotional influence, with no dreams and feelings and empathy for others, then how can you give this to others, without having it to give? How can your buyers know that you care? How can you help them buy?

There are many sales leaders today who, like Martin Luther King, have a dream to sell change and that leadership culture is growing. Those who are in their roles because they want to make change happen on a more purposeful scale than just teaching people how to overcome objections, close deals and front up for the next order. There is more to the modern day role of selling than strategy, tactics and campaigns and those that don’t understand this or don’t care will eventually be asked to leave the bus too.

Bernadette McClelland is a Sales Leadership and Mindset Speaker whose message for businesses, sales teams and associations is based on doing business in this new Connection Economy.

Her signature keynote 'SELLING. SELLING. SOUL'd' is ideal for event organisers within corporate, associations and franchise groups looking to increase revenues and differentiate theselves in today's competitive market. Leveraging her 5-step philosophy she provides essential insights for her audiences to sell more by inspiring them to flip the script and inspire the buyer.

3 Red Folders is her sales leadership consultancy where she has a reputation for helping businesses create sales smart cultures through sales strategy, process and psychology.