What Last Week Taught Me About The Corruption of Sales Leadership 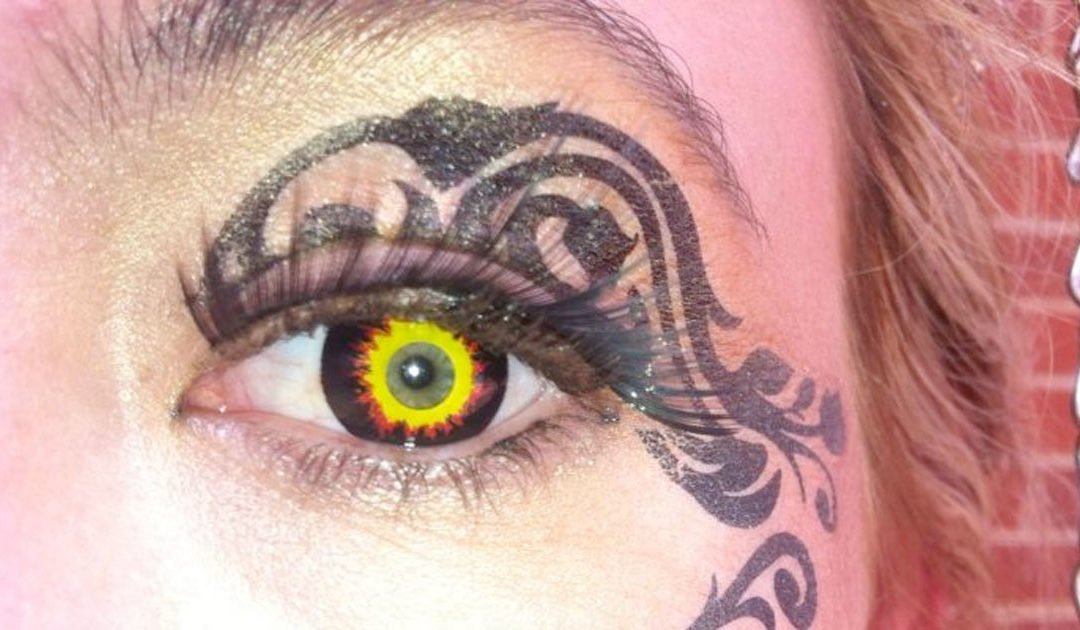 They say things happen in threes.

Well, three things have happened this week that have caused me to reflect on the word GREED and the responsibility of RESPONSIBILITY.

You see, the company I once worked for, plus the company I did my coaching diploma through, as well as a company I have aligned myself with for my marketing have all demonstrated greed, for want of a better word, in one way or another this past week, to the detriment of themselves and others.

And with greed comes fallout.

The meaning of greed has been described as: ‘the intense and selfish desire for something, especially wealth, power, or food’

So, what were the three examples?

Firstly, I saw the heading: 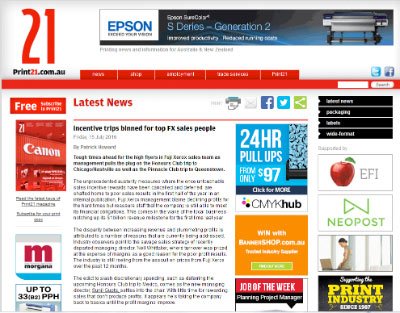 As someone who is part of the Xerox sales alumni here in Australia, I know the intense feeling of pride, success and camaraderie that winning any incentive trip gives you, having partaken in quite a few. But the holiest of grails to be binned? Well, that is huge. As quoted in the attached article,

“ Industry observers point to the savage sales strategy of recently departed managing director, Nell Whittaker, where turnover was prized at the expense of margins as a good reason for the poor profit results.”

In other words, did someone get greedy? And in doing so, potentially sacrifice the good of all – the company, the people and the industry, for an ‘intense and selfish desire’ for something short term. Vanity over value, perhaps?

The fall out is huge not just for the sales guys, the company and the industry, but also for the person responsible for making those decisions, albeit alledged wrong decisions, for him, his family and potential job prospects.

The flipside is that the company has to re-calibrate and, as quoted, is going back to basics. Not necessarily a bad thing.

Fast forward to late last week when another news article passed my thread. The headline that caught my attention, read 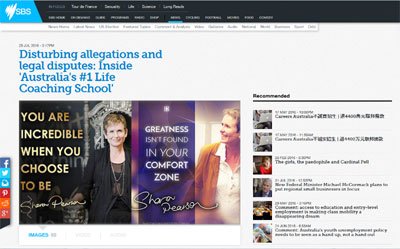 This is the company I underwent my initial coach training through. Words such as ‘harassment, high-pressure sales tactics and sexual misconduct’ are all used in this report by SBS. Where the greed for more money was accessed through the trust and vulnerability of students, by way of immense up-selling, using hypnotic techniques, not dissimilar to those used by the likes of cult leaders, and openly admitted as a selling strategy.

Where people’s marriages have been affected through financial hardship, where one person wanted to end their life due to the moral, financial and personal stress experienced and randomly and thankfully called me prior, where a friend hocked their house to pay for ‘courses’ that were supposedly never delivered, waiting for refunds that were never forthcoming. But most of all creating a community too blindsided to see and act on something ‘not quite right’ (as I and a few others fortunately did), and also creating an alumni too scared to speak up, except for a strong few.

But the flipside is this article and report, published by SBS, is making so many past students feel validated. That their perception is, and was, in fact reality. That justice prevails, even if through public naming and shaming. It also may educate future students to not go in ‘eyes wide shut’ thinking personal development is ‘the magic pill for becoming a millionaire overnight with no credentials, hard yards, past experience or business acumen’.

And then the third headline, read: 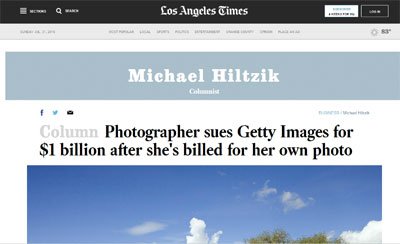 Knowing one of my clients had recently been fined for using a random googled image on his blog without realising it was copyright, this article piqued my curiosity on a personal level. Getty Images have been sued for using and selling 18,755 images that were never theirs to sell, nor that they even paid for. A David and Goliath story here where David, quite clearly, fairly and squarely knocks it out of the ball park.

I began writing this article under the heading of greed, vanity and going into something with your eyes wide shut – in other words, with them not wide open. But I believe it is more than that. It is about responsibility.

The salespeople at Xerox who overachieved and will not be celebrating their spoils will be hurting, but there will be a lesson to all people that it is not just external customers that are tarred with the greedy sales brush and get ‘ripped off’, but proof that internal customers can cop the fall out just as much.

The coaches who have been ‘ripped off’ by signing contracts they should never have signed, know to do their due diligence, trust their gut, speak up sooner, recognise there are no secrets to earning good money without some well guided effort, and to never let anyone intimidate them again.

The professional agency has learned they can’t do what they want on one hand and slam and sue the rest of the world for doing the same thing on the other. That in today’s open, transparent and social world, we are all exposed to being ‘ripped off’ or getting ‘ripped off’ in one way, shape or another.

We can all make excuses till the cows come home but there comes a point in time where we have to take responsibility. Look ourselves in the mirror, put our hand on our heart and recognise our own results and non results, our own actions and non actions, our own decisions and non decisions and make right any wrongs.

A bit heavy for a Monday morning? Maybe 🙂

But here’s some food for thought (although not too much please!):

Here’s to a week where results and responsibility go hand in hand, where each of us re-calibrate what’s important in our business and re-evaluate our own personal values so we can re-assess any potential ‘vanity deals’ lurking in the background, or foreground. Deals that have the potential to negatively impact those results that matter the most, and for each of us to do business in a conscientious and conscious manner where everyone benefits.

Book your Conference or Sales Kick Off Meeting today!
[su_vimeo url=”https://vimeo.com/248279740″]
Photo courtesy of my camera and my beautiful daughter.