We’ve more than likely had people in our lives offer us advice or have given feedback that sticks in our mind. Possibly because it was repeated enough times that we had no choice but to remember it, or probably because there was an element of truth behind the message.

In my case it was a sales manager who would use the phrase, ‘Attention to Detail’ quite regularly. Now this had two angles – either he was a perfectionist who had to cross every t and dot every i, or I made mistakes that had the potential to cost both the company and my reputation. If the truth be known, it was probably a bit of both.

And today, in this competitive arena we play in, every little nuance, every tiny detail and distinction, every minute shift in shade, tone and gradation leads us closer to our goal, or further from our goal.

We just need to remember the market research, or lack of, done by Coke in introducing the ‘new coke’ by omitting noticeable details such as not letting tasters know that only one product would be marketed and letting the tasters think that taste was the deciding factor in the blind test. To add insult to injury the company clearly had paid no attention to the emotional impact that Coke (the original) had on people. This cost the company billions of dollars.

Even the controversial ‘Brexit’ decision demonstrated that so many people had no idea of why they were voting or even anticipated the impact the campaign’s lack of ‘attention to detail’ would have on everyone.

So how do you measure your ‘attention to detail’ (ATD) and how do you leverage it to get the edge and experience success even more?

Here are a few examples that have come up in my discussions and/or coaching that might give you some food for thought: 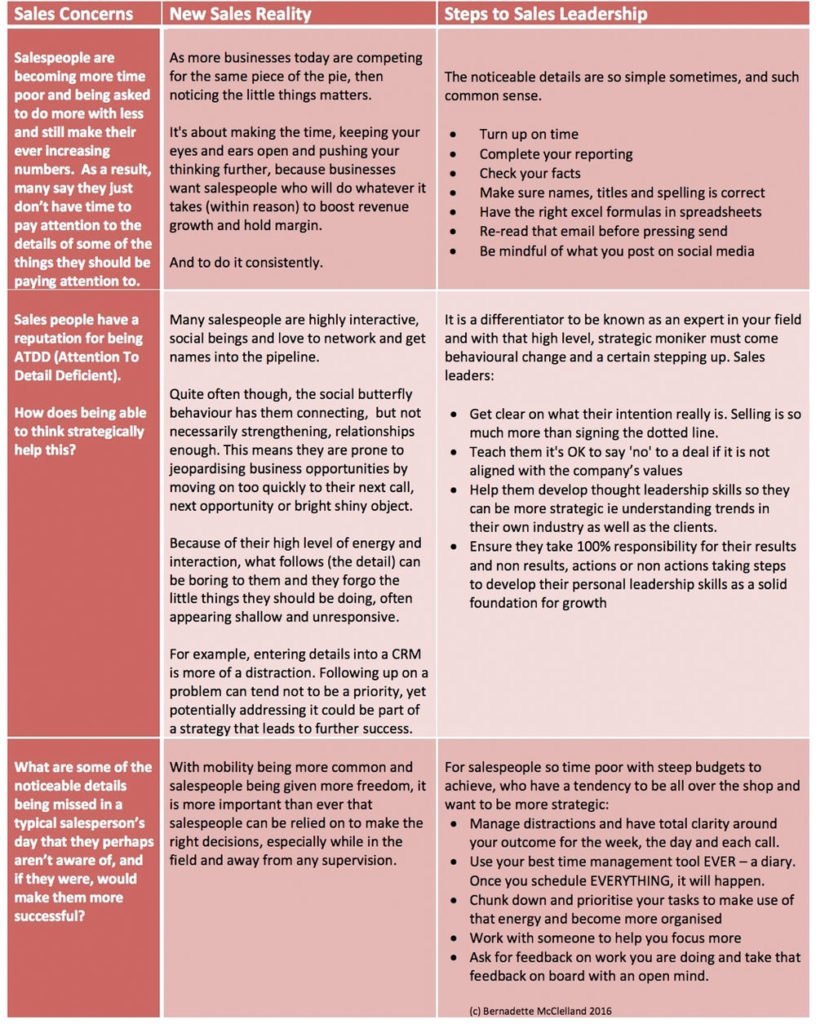 Funnily enough, writing this article transported me back in time to when my husband and I were renovating an old house. “You mean I have to sugar soap the walls, fill in the holes, prepare with undercoat plus do two coats of paint?” I asked.